Washington politicians and bureaucrats on both sides of the aisle have recently proposed misguided policies that would impose foreign price controls on medicines in the U.S. These proposals would arbitrarily fix the cost of medications that American seniors rely on to prices set by bureaucrats in other countries with socialized health care systems.

Throughout history and around the world, price controls have consistently had disastrous consequences. Especially for seniors, price controls will reduce access to the life-saving medications and hinder the innovation that drives the cures of tomorrow.

Here are the facts: 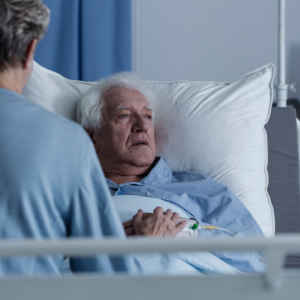 As evidenced repeatedly around the world, price controls lead to access restrictions to medicines for patients—especially seniors. In many European countries price control regimes, for example, seniors have limited access to medicines widely available to seniors in the U.S.

According to the Wall Street Journal:

Sally Pipes, President and CEO of the Pacific Research Institute, knows firsthand of the impact foreign health care systems with price controls will have on seniors and their loves ones:

“I know firsthand. I was born in Canada and watched the government-run health-care system there turn a blind eye to my mother’s suffering. After experiencing stomach pain, she requested a colonoscopy but was denied one because of her age; there were too many younger people ahead of her on the waiting list. By the time she got one, her cancer had become untreatable. She died shortly thereafter.”

Last year in the United Kingdom, which has a single-payer health care system that imposes price controls, seniors were faced with a shortage of 17 lifesaving treatments, including medications for cancer, epilepsy and heart issues. In fact, doctors in the UK were told last week to ration COVID-19 treatments and “not give [them] to the most seriously ill patients and to save it for those who have the ‘greatest capacity to benefit.’”

Further, a study conducted by IHS Markit found that if the U.S. adopted the same models used by Australia, Canada, France, South Korea and the UK, “aggregate survival gains (i.e., gains in life years) due to innovative medicines would have been cut in half for U.S. patients diagnosed with locally advanced and metastatic NSCLC (non-small cell lung cancer). This reduction in health gains is due to the access delays experienced by patients in other countries compared to patients in the U.S.” 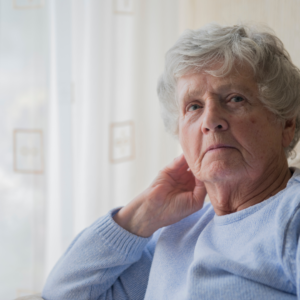 Developing transformative treatments and vaccines that seniors rely on is a timely and costly proposition—about $2 billion and ten years’ time to bring a new innovative drug to market. If innovators are faced with arbitrary price controls on their products at the end of that long road, the process becomes unviable, reducing innovation. Many will not devote the time and resources necessary to make the life-saving medications of tomorrow that seniors need. For example, the non-partisan Congressional Budget Office found that price controls would lead to 15 fewer new drugs in the next decade. With price controls, seniors won’t reap the benefits of the next breakthrough treatment for chronic diseases such as coronary heart disease, kidney failure, or even Alzheimer’s.

To make matters worse, AARP, once a seniors’ watchdog but now an advocacy arm for big-insurance, has routinely supported price controls that reduce access to life-saving treatments. In fact, their priorities are increasingly aligned with UnitedHealth, with whom they’ve arranged a for-profit scheme that takes advantage of its senior membership—you can read about it here.

It’s no secret Europe and others are not paying their fair share for the breakthrough medicines that are largely developed in the U.S. as innovators have fled the untenable price control schemes in foreign countries with socialized health care systems. But imposing the same disastrous policies in the U.S. that have caused a flight of innovation from Europe and elsewhere is a prescription for failure. President Trump has done well to negotiate trade deals and use other means to prevent foreign freeloading on the U.S. But price controls in the U.S. won’t make Europe pay their fair share – they will only yield worse conditions for seniors in the U.S.

“Everywhere they’ve been tried, price controls have reduced biopharmaceutical research spending, resulting in fewer vaccines, therapeutics, and cures. There are better ways to shrink the gap between U.S. and European drug prices—ones that don’t involve government price-setting…President Trump isn’t wrong to worry about the gap between U.S. and foreign drug prices. But there are ways to lower drug prices and prevent other countries from shirking their fair share of the research burden without jeopardizing medical advances.”

Stay informed! Follow us on Twitter and Facebook to receive updates from Commitment to Seniors and help ensure that politicians and bureaucrats in Washington don’t impose foreign price controls on America’s healthcare.